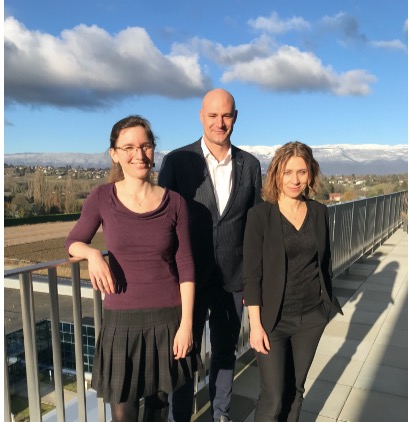 GENEVA, SWITZERLAND – DECEMBER 24, 2021 – Adiposs SA, the developer of a unique diagnostic product for the non-invasive early detection of body wasting-cachexia, announced a CHF 1.8M first closing of its Pre-Series A round. The round was led by Privilège Ventures, a Swiss-based venture capital firm focused on seed and early-stage investments. Other investors include CR Ventures (CRV), Kick Foundation (Venture Kick), Fondation Genevoise pour l’Innovation Technologique (Fongit), a Singapore-based family office (Kingbridge), and a group of business angels.

The investment round will be used to manufacture the first batch of ImageBAT, a first-in-class contrast agent for brown adipose tissue detection, as well as to perform the first-in-human clinical trial.

Lucian Wagner, GP of Privilège Ventures SA, commented that Privilège was particularly attracted to the team of Adiposs and its founders. “We tracked them for 18 months, ever since their first Venture Kick presentation. Having this kind of a perspective on the founders makes the investment decision considerably easier, when the time comes.”

“The first equity financing round will allow us to achieve two crucial development milestones and become a clinical-stage company,” said Andrej Babic, CEO of Adiposs. Pierre Morgon, Chairman of the Board added: “We are proud to be supported by an investor syndicate led by Privilège Ventures and investors from Switzerland, US, France and Singapore, consistent with the worldwide potential of ImageBAT.“

Co-founders Andrej Babic, Justyna Plewka and Nathalie Stransky-Heilkron, and the Adiposs team are developing a game-changing product called ImageBAT. It’s the first product that can detect body wasting in cancer and chronic disease patients before irreversible weight loss, and when treatments are still effective. ImageBAT-enhanced medical scan is fast, pain-free and will be available in every hospital worldwide. By making body wasting visible early, Adiposs enables early treatment for millions of patients, giving them better and longer lives.

Privilège Ventures is a Swiss venture capital firm founded by Jacqueline Ruedin Rüsch and Lucian Wagner. Since 2016, Privilège has backed over 30 founding teams in their seed and early-stage phase and supported them to transform their vision into successful companies. With entrepreneurs as General Partners and a transatlantic footprint, the firm provides a unique perspective and contribution to its portfolio companies.